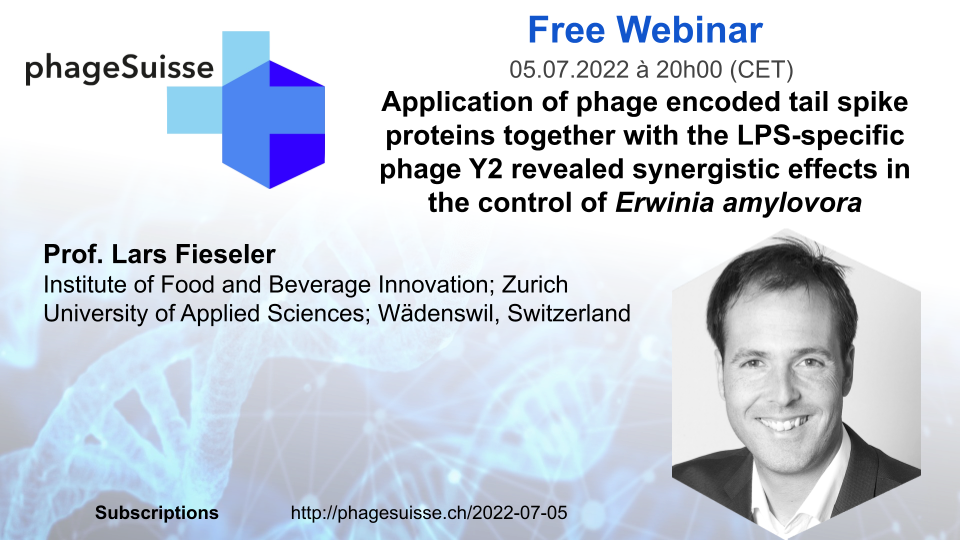 Erwinia amylovora is a member of the Erwiniaceae and the causative agent of fire blight, a severe disease of Rosaceae plants. To prevent infection, streptomycin is usually applied during the flowering period. However, in some countries use of streptomycin was banned due to the spread of antibiotic resistance. E. amylovora usually infects host blossoms via the stigma and invades the ovary. Later it spreads through the xylem vessels of an infected plant. In the xylem vessels E. amylovora produces high amounts of exopolysaccharides (EPS), e.g., a capsule, which leads to ooze formation and canker development. The capsule is composed of different carbohydrates such as amylovoran, levan, and cellulose, respectively.

As an alternative to antibiotics, the application of bacteriophages for fire blight control is a promising alternative. Transposon mutagenesis of E. amylovora revealed that adsorption of phage L1 (Autographiviridae) depends on the amylovoran synthesis (ams) operon. Electron microscopy demonstrated that L1 exhibits tail spike proteins (TSP) as structural component of the virion. The TSP, a depolymerase, specifically binds to amylovoran and cleaves it at the galactose backbone. Adsorption of phage S6 (Schitoviridae) relies on the bacterial cellulose synthesis (bcs) operon. The phage exhibits a functional cellulase that releases glucose monomers from carboxymethyl cellulose. Application of TSPs together with the LPS-specific phage Y2 (Chaseviridae) revealed a strong synergistic inhibitory effect and caused a 4-log reduction of viable cell counts.